Share a memory
Obituary & Services
Tribute Wall
Read more about the life story of Gregory and share your memory.

Gregory Alan Berry, long-time legislative counsel in the U.S. House of Representatives, died unexpectedly from hypertension on March 15, 2022 at his home in Gaithersburg, Maryland.

Greg was born in Cleveland, Ohio, on February 16, 1956, the second son of Jesse Frank Berry and Bonnie Allena Berry. His father preceded him in death. He is survived by his mother; his two sons, Michael Jeffrey Berry and Connor Sias Berry, and their mother Elva Bowden Berry; his two brothers, Jeffrey (Donene) and Michael Berry, his sister, Bonnie Berry LaMon (André); two nieces, one nephew, two great-nieces, one great-nephew, five aunts and four uncles.

When Greg was four years old, his family moved to California where he attended various schools including Saddleback High School in Santa Ana. He graduated from Evergreen High School in Seattle after his family moved there the summer before his senior year. Greg played both baseball and football in high school but was best known for his copious understanding of current political events, his debate skills, and his ability to recite on-demand the famous speeches of Abraham Lincoln and other seminal politicians and orators. Greg graduated from the University of Washington with a B.A. in Business Administration. In 1980, he obtained his J.D from University of Pennsylvania Law School.

Greg began his career as a Senior Attorney-Advisor in the U.S. Department of Energy, Office of Hearing Appeals, where he received the DOE Special Achievement Award for superior performance and sustained excellence and originality in legal analysis, research, and writing. Four years later he became a Senior Trial Attorney in the Office of General Counsel at the U.S. Nuclear Regulatory Commission, where he received several Special Achievement and High Quality Awards as well as Certificates of Appreciation for Outstanding Performance. Greg excelled at both these positions, but the call on his heart and mind since the early 1960s had always been American politics.

In 1989 he answered that call by matriculating into the University of Michigan Political Science Department. He graduated in 1991 with an M.A. in American Politics and Government, and within two years thereafter had completed all coursework and qualifying exams in connection with a Ph.D from the same program.

While still a Ph.D candidate at the University of Michigan, Greg accepted a position as Visiting Lecturer of Political Science at the University of Canterbury in Christchurch, New Zealand. He taught several courses in American national government, politics, and American political thought. The University of Canterbury offered him a full-time position but Greg chose to return to the vibrancy of Washington, D.C. He wanted to be part of American politics and law, not teach about it from 8000 miles away.  For the rest of his life, Greg was blessed with a career that utilized his three favorite passions – politics, law and writing.

Greg returned to the University of Michigan where he taught introductory and advanced courses in American politics, government, political theory, race and politics, and political communication. He then taught similar courses at James Madison University, in Virginia, before accepting a position as Legal Writing Professor at Howard University School of Law, in Washington, D.C. At HUSL he taught litigation related courses, Legal Reasoning, Research and Writing, Appellate Advocacy, and Legal Methods. He was the Faculty Advisor to an award-winning National Moot Court Team, and was voted “Law Professor of the Year” in 2003, and several times received the Warren S. Romarin Award for Excellence in Teaching and Service.

In 2006, Greg “entered Congress” as the Legislative Director/Senior Policy Adviser to Representative Sheila Jackson Lee (D-TX). He also served as Legislative Counsel to Representative Barbara Lee (D-CA) and as Senior Policy Advisor to Representative Laura Richardson (D-CA). At the time of his passing Greg had worked for nine years as the Chief Counsel/Legislative Director to Congresswomen Sheila Jackson Lee. On behalf of the Congresswomen with whom he worked, Greg enjoyed developing, drafting, and managing legislation for the Appropriations, Judiciary, Foreign Affairs, Transportation & Infrastructure, Homeland Security, Science, and Rules Committees. He negotiated with senior staff officials in the House leadership and standing committees, frequently represented his Member in meetings with Executive Department officials at the federal and state level, and often met with lobbyists and policy entrepreneurs to garner support for important legislative initiatives. He especially enjoyed writing statements and speeches for delivery in committee hearings and markups; before the Rules Committee and on the House floor; in the congressional district, across the nation, and abroad; and for print, electronic, and online media. In his capacity as Legislative Director, Greg thrived on supervising, mentoring, and training the junior staff of legislative assistants, correspondents, and interns. The family is exceedingly grateful that Greg was able to spend the last sixteen years of his life steeped in the political world which unrelentingly captured his imagination as a young boy.

Greg enjoyed traveling, reading, sports, and computers. Above all he loved his sons and the rest of his family. He was the middle son, but in truth he was the wise old soul of his family -- the dependable one, the smart one; he was the “rock.” He will be deeply missed by a myriad of family, friends, peers, students and colleagues.

To send flowers to the family or plant a tree in memory of Gregory Alan Berry, please visit our floral store. 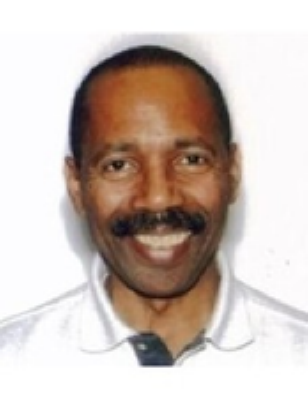