Share a memory
Obituary & Services
Tribute Wall
Read more about the life story of Lorraine and share your memory.

Lorraine J. Heath was born July 18, 1932, in Richmond, Virginia to the late Melvin B. Johnson and Catherine Herbert Johnson. On Monday, November 7, 2022, Lorraine peacefully departed this life at the age of 90. She shared her birthday with twin brother, Melvin M. Johnson (1932-2020). Lorraine and Melvin happily welcomed the birth of their brother, John L Jennings, prior to their 18th birthday.

Lorraine and Melvin were brought to Washington, DC from Richmond, Virginia in infancy, by their mother. Their mother wanted them to be raised and educated in Washington, DC near to her family in Mechanicsville, Maryland.

On October 17, 1959, she married her true love, the late, Daniel W. Heath. At the time of Daniels death, May 24, 2014, they had been married for 54 years. They were married by Monsignor J. Joshua Mundell of the Sacred Heart Catholic Church1n Wash., DC who was a close family friend.

Her husband, Daniel, had a 20-year career with the United States Air Force that afforded them the opportunity of living abroad in Orly, France from 1964 to 1968. In France, Lorraine was employed as the secretary of the Air Force based school. She had experience working for the federal government that led to her securing a career being employed by IBM. While at IBM she eventually was promoted to manager.

She was known to be a fashionable lady who loved to wear her nice dresses which were topped off by a hat from her collection. Her little brother, John, at an early age remembers the featured song "My Funny Valentine" having attended his big sisters Valentine fashion show sponsored by the Rhett Corey modeling agency

She was affectionately known to many as "Aunt Lorraine." The Heaths enjoyed opening their home to many young people including Godchildren, Biff, Stephanie, and Reginald, nieces, nephews, the Little and Kemper twins, and cousins at special gatherings. She would add her special touch with music, joyful conversations, which were topped off with her famous fried chicken, potato salad and grape Kool-Aid.

She was a devoted Catholic, faithfully attending mass and a loyal member of the Saint Peter's Church and choir. She enjoyed her time singing with her many friends in the choir. She spent hours in daily prayer always asking for the healing and blessings for others Lorraine's faith was put to test while proving the healing powers of God during her husband's years with a critical illness. Lorraine's acts of faithfully praying and kindness towards others can continue in our memory of her with these words:

He himself bore sins in 1s body on the tree,

So that we might die to sins and live for righteousness; By his wounds you have been healed.

As Lorraine was charged many years with caring for her sick husband and after his death having to encounter daily life challenges of driving, meal preparations, grocery shopping and maintaining her home she was blessed with the love of many including family, friends, and neighbors. Of the many special persons, a few to mentioned are: Godchildren, Joseph Rivers Jr., Stephanie Roberts Glenn, and Reginald Little; neighbors, Carlos and Edis Castillo, Marcia Collie, Elizabeth "Beth" Murray, Nancy Kubasik. Mary Rich and her son, Robert, and the Ferguson and Roberts families

"Come, you who are blessed by my Father, says the Lord; inherit the kingdom prepared for you from the foundation of the world".

To send flowers to the family or plant a tree in memory of Lorraine Johnson Heath, please visit our floral store. 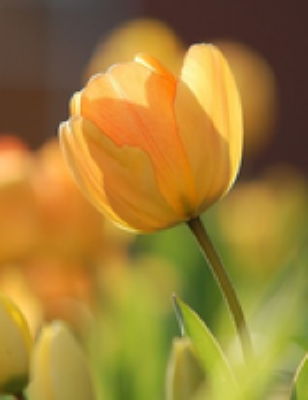