Share a memory
Obituary & Services
Tribute Wall
Read more about the life story of Paula and share your memory.

Dr. Paula Joan Caplan was born in Springfield, Missouri, on July 7, 1947, to Tac Caplan and Jerome Arnold Caplan, and died on July 21, 2021, in Rockville, Maryland.

Paula attended Greenwood Laboratory School, in Springfield, Missouri, and received her A.B. with honors from Radcliffe College of Harvard University, and an M.A. and Ph.D. in psychology from Duke University. After raising her children, Jeremy and Emily, in Toronto, Paula lived in Rhode Island, Massachusetts, California, and Maryland.

Paula held numerous academic appointments, including at the Du Bois Institute, Hutchins Center for African and African American Research, Harvard University, where she was an Associate, and the Kennedy School of Government at Harvard, where she was a Fellow in the Women and Public Policy Program.  Paula was also a Lecturer in Harvard’s Program on Women, Gender, and Sexuality and in the Psychology Department. She was also a Visiting Scholar at the Pembroke Center for Women, Brown University.  In Canada, she was a Full Professor of Applied Psychology and Head of the Centre for Women’s Studies in Education at the Ontario Institute for Studies in Education, and a Lecturer in Women's Studies and Assistant Professor of Psychiatry at the University of Toronto.

Paula was a pioneering feminist and anti-racist theorist, the author of 12 books, and a consummate researcher. She was also a tireless, and optimistic activist. She was truly a Renaissance woman in that she also published academic works as well as prize-winning plays which she also directed; was an actor herself, as well as a filmmaker. Her subjects included the serious abuse of women by both institutional psychiatry and by the academic world; the ways in which we have failed our returning veterans and forgotten our African-American soldiers. She tackled the topics of unacknowledged female-female competition and the mother-daughter relationship long before others. Her film "The Test" was published by Samuel French in its collection of winners of its 2001 Off-Off-Broadway New, Short Plays Competition.  She made frequent media appearances, and gave hundreds of invited addresses to a wide variety of community and academic groups. She was interviewed frequently, including for the New York Times, the Washington Post, and Psychology Today.

Paula was a woman of boundless energy and kindness, always ready to support, praise, and assist others, even as she was battling deadlines, family responsibilities, and chronic illness. She loved her family. She loved her work, just as much as she abhorred injustice, suffering, and inequality. She believed in practical solutions to the most intractable problems.

Paula had a thirst for learning about absolutely everything and everyone. She was a wonderful, descriptive storyteller, and a lover of books, theater, dance, film, travel, art, and nature. She adored her family, especially teaching, traveling with, playing games, and enjoying conversation with her five precious grandchildren.  She was an incredible mother, daughter, friend, and listener, reaching and connecting deeply with people all over the world. So many people, from different walks of life, felt that it was a privilege to work with her, know her, and love her. She remains with us always, in the works she created and in the memories we cherish and will never forget.

Gratitude to Anna Banda, Clarissa Segun, Jobe Gentry, Merly Minerales, and several other caregivers who took loving care of Paula while she was ill.

In lieu of flowers, donations may be made to any of the following:

*DUE TO LIMITED SEATING, PLEASE JOIN OUR LIVE STREAM IF YOU ARE NOT ON THE INVITED GUEST LIST*

To send flowers to the family or plant a tree in memory of Paula Joan Caplan, please visit our floral store. 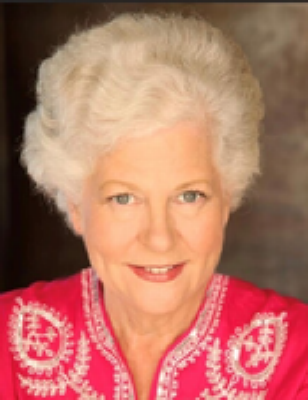