Plant a tree in memory of Queen
An environmentally-friendly option 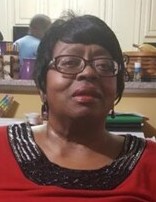 She was the sixth of nine children born to the late George W. Duhart, Sr. and

Hester A. Duhart.  She departed this fruitful life on Tuesday April 6, 2021 in

She attended Houston County, GA public schools until her family moved to Utica, NY.  After moving to Utica NY, Queen was enrolled into the Utica public school system.  In 1966 she graduated from Utica Free Academy (UFA) High School.

After graduating from UFA, she attended Mohawk Valley Community College, Utica NY.  Queen continued her education by enrolling into Central State University, in Wilberforce Ohio, where she pledged Sigma Gamma RHO and graduated from Central State in 1971 with a Bachelor of Science degree in Library Science.

Queen moved to Maryland in 1971 after accepting a position with the Montgomery County public school system.  During this tenure, she began her studies at Catholic University in Washington, DC and earned a MSLS degree in Library Science.  Queen retired in 2003 as a Media Specialist at Paint Branch High School after working 32 years in the public school system.

On June 20, 1976, Queen joined the Interdenominational Church of God (ICOG) under Christian Experience and received the Right Hand of Fellowship on

The ministries she served at ICOG were:

One of the overseers for Piano Lessons at ICOG – March 1981

Plant a tree in memory of Queen by clicking here.
To send flowers to Queen's family, please visit our floral store.

A service summary is not available

Plant a tree in memory of Queen
An environmentally-friendly option

Plant a tree in memory of Queen

4 trees planted in memory of Queen

Queen,
May you continue to fulfill your purpose in Heaven as you did so richly here on Earth.
Love, Your Cousin, Rena Green
Formerly of Chicago, Alexandria, VA, Presently Atlanta, GA

Treasured with a Love beyond all feeling; missed with a grief beyond all tears.
My condolences in the loss of your beloved sister.
With Love, cousin Regina Richardson-Morris
Jacksonville, FL

I remember cousin Queen being amongst my group of 55 persons in 1997 celebrating my 10 year wedding anniversary. We sailed from Florida on a seven day cruise. We had such a good time. My dad Albert DuHart (her first cousin) along with his sisters Christine and Helen and their Aunt Florence. We enjoyed good food, dancing, music, and shopping. I remember coysin Queen buying Emerald jewelry. It was such a nice family memory. I look forward to seeing her in Paradise. When sickness and death will be in the past. Revelation 21:3,4. Sleep well Queen. Can’t wait to see you with my dad Albert, Aunt Helen, cousin Julius, Nancy along with Aunt Florence just to mention a few of our dear relatives.

Sincere condolences to the Duhart family on the loss of cousin Queen. May your memories of her beautiful spirit comfort you in the days ahead.

Plant a tree in memory of Queen