Share a memory
Obituary & Services
Tribute Wall
Read more about the life story of Robert and share your memories in the Tribute Book.

Robert Thomas Gray, or “Bobby” as he was affectionately known, was born on February 7, 1926 in Chicago, Illinois and transitioned peacefully on Monday, June 6, 2022 at Sterling Care Rockville Nursing Facility. He was 96 years young.

Bobby was a long-time resident of Rockville, Maryland but his Maryland roots began in the community of Clarksburg. When he was 5 years old, his mother, Elenora Gray, who lived in Chicago, sent him alone by train to Washington, DC to live with his grandparents, Mida and Oliver Gray.

Bobby was educated in the segregated “black” Montgomery County schools and attended Lincoln High School in Rockville, Maryland. He was a natural athlete, particularly excelling at baseball. Bobby had a strong work ethic and left school to pursue employment opportunities.

As a young man, he continued his passion for baseball and managed the Clarksburg Junior Wildcats team.  He coached his sons Steve and Bruce, along with other boys in the area, including his now son-in-law, George Hackey, Jr.  As he grew older, he enjoyed watching the old Washington Senators baseball team and his beloved Washington “Redskins” (now Commanders) football team.

Bobby was employed for 35 years with the federal government. He started out as a laborer at the National Institutes of Health, but because of his work ethic and commitment to doing the very best no matter the task, he was noticed by one of the doctors and was able to work his way up. He received numerous awards and commendations for his exceptional performance on non-human primate tests in the Pathobiology and Primatology Branch. These tests contributed significantly to the success of the National Childhood Immunization Program, the polio vaccine, and to advancing hepatitis research. Always one to stay busy, he started a cleaning company – Gray Services, Inc. – after his retirement, and worked for Biocon for an additional 15 years.

Bobby was preceded in death by Jessie, his wife of 60 years, his sons Garry and Ivan, his sister Thelma Anderson, and his mother, Elenora. He is survived by seven children, 17 grandchildren, 28 great-grandchildren, great-great-grandchildren, his special niece Fontella Brockman, cousins, and a host of relatives and friends.

Bobby will be missed by many, especially those who loved and cared for him -- his children.

To send flowers to the family or plant a tree in memory of Robert Thomas Gray, please visit our floral store. 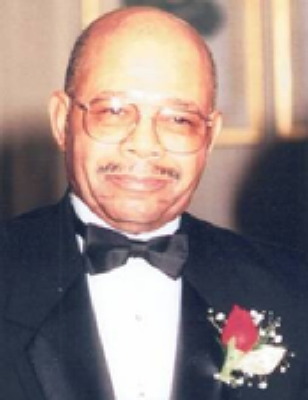