Plant a tree in memory of Ruta
An environmentally-friendly option 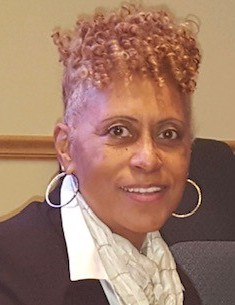 Ruta was the first of twelve children – ten boys and one other girl.  She loved her siblings with her whole heart and there was nothing she would not do for them.  She always talked about how wonderful her brothers were and how they had a special place in her heart.  They all had so many different characteristics, sometimes thinking they could tell her what to do, but she knew it was always out of love.  Her one and only sister was the shy type, totally different from Ruta, but loved the same as her brothers.

She attended elementary, middle and high school at Winchester Avenue, the only school for blacks in Monroe, NC.  Upon graduation in June 1965, Ruta joined the United States Marine Corps and left Monroe to stay with her Godsister in Plainfield, NJ until she had to report to Basic Training in Parris Island, SC on September 11, 1965.

Ruta’s life was completely changed, in a good way, after joining the Marine Corps.  It made her feel totally responsible and capable of helping to take care of her family, among other desires in her life.  She proudly served 28 years in the Corps and was promoted to the rank of Master Sergeant.  Duty stations included Camp LeJeune, NC, Barstow, CA, San Diego, CA, Camp Pendleton, CA, Washington Navy Yard, Quantico, VA, and Ft. Meade, MD.  Overseas duty stations included Germany and Denmark.  She retired Honorably on May 1, 1993.

Her post high school education included her attending Strayer Business College in Washington, DC, the University of the District of Columbia, and Prince George’s Community College in Largo, MD.  Her majors were Business Management and The Aging.

On July 3, 1971, she met her sweetheart, Stephen Brandon Walker and they were married on April 14, 1974.  This union brought forth a beautiful baby girl, her daddy’s name sake, Stefanie Brandon Walker.

Ruta really loved her Lord and Savior Jesus who is the Christ.  She joined Langford Chapel Christian Methodist Episocal in Monroe, NC at an early age.  She joined Queen’s Chapel United Methodist Church in Beltsville, MD in March 1984. She worshipped the Lord with reverence continuously to show herself approved only by God.  She sang in the Chapel Choir, the Mass Choir, the Combined Choir.  Ruta served as a Chairperson of Witness Committee, Chairperson

Plant a tree in memory of Ruta by clicking here.
To send flowers to Ruta's family, please visit our floral store.

A service summary is not available

Plant a tree in memory of Ruta
An environmentally-friendly option

Plant a tree in memory of Ruta

15 trees planted in memory of Ruta

A true child of God. You will be truly missed. Thank you for showing me Hope , Faith and Love.
Linda Ann Covington

Ruta, I will forever miss your Sunday morning hugs. You kindness will be forever engraved in my heart. More importantly your sharing in our Lifestyle class taught me so much. Witnessing your faith throughout your journey helped me more than you could ever know. Rest on my dear friend!

A Memorial Tree was ordered in memory of Ruta Alexis Doster-Walker by Stephen Whetstone.  Plant a Tree

You are are in our thoughts and prayers.  Saddened by your loss.  Keep looking up for strength.  God's got you!

Psalms 62: 1 My soul finds rest in God alone; my salvation comes from him. Ruta - RIP! We will miss you!
Joe & Pat Fisher and First Generation College Bound

A Memorial Tree was ordered in memory of Ruta Alexis Doster-Walker by Joe & Pat Fisher and First Generation College Bound .  Plant a Tree

Plant a tree in memory of Ruta