Share a memory
Obituary & Services
Tribute Wall
Read more about the life story of Sylvester and share your memory.

He started his infants schooling in 1945 at Saint Anne’s School, which was a subsidiary of the St Joseph’s Convent. Later, he transferred to Buxton Infants at Charles Street.  In 1949 he commenced primary schooling at the Government Model School.  From there, he entered the Prince of Wales for his secondary education.  He left for the United States in 1959 to attend Otterbein College, now Otterbein University, from where he graduated with a double major--Bachelor of Arts in History/Government and French.  He pursued graduate studies in French at Universite Laval in Quebec City, Quebec, Canada, from where he obtained a master’s degree.  He would later teach French at North Carolina Agriculture and Technical (A&T) State University in Greensboro, North Carolina.

While in North Carolina in the late sixties, a period fraught with much social unrest in the United States and when African American students were clamoring for Black Studies, he realized that his education was lacking in Africa Area Studies.  To address this lacuna, he embarked on a Ph.D. program in African Studies in 1970, at the University of Wisconsin-Madison, specializing in Anthropology--African Oral Narrative Traditions and Linguistics, as well as African Written Literature, mainly of English and French expressions.  Fieldwork in Sierra Leone, 1973-74, yielded a Ph.D. dissertation entitled: The Tori:  Structure, Aesthetics, and Time in Krio Oral Narrative-Performance.  While at the University of Wisconsin-Madison, he taught graduate and undergraduate courses and could have continued teaching at this institution as he was offered a temporary position upon graduation.  But he had been away from Africa for a long time, and the call to return to Mother Africa was getting stronger by the day.  Accordingly, he accepted a position in the Department of English and European Languages at Bayero University in Kano, Nigeria, where he headed the master’s program and where he produced the first three graduate students of the Department.

In 1981, after four years in Nigeria, he returned to the U.S. and married Amelia Fitzjohn, a Foreign Service Officer with the United States Information Agency.  The union produced two children, Vania Ayodele Lesana and Ahovi Modupe.   As his wife was posted to Brazil, he decided to leave Nigeria for Brazil where he taught Social Studies at the American School of Brasília and headed the Social Studies Department.  He would later accept a position to teach at the University of Bahia, in Salvador da Bahia, Brazil, where he taught research methods on Oral Narrative Traditions to graduate students.

Following Brazil, Modupe had a stint in Washington DC during which he taught courses on Language and Culture at the State Department’s Foreign Service Institute in Rosslyn, Virginia to young American diplomats newly assigned to African countries.  Then he and his spouse returned to Africa where he started working for the United States Agency for International Development (USAID) on a contract in the Republic of Benin.  He would later switch careers from academia by joining USAID as a Foreign Service Officer and worked in nine countries in Africa.  His greatest satisfaction was derived from working in Africa as an academic and as a Foreign Service Officer.  He was able to give back to young Africans the skills-set for academic work and for work in International Development.

Dr. Modupe Broderick followed in his father’s footsteps in sports and education.  Growing up in Freetown as a teenager in the fifties he became an avid cricket and tennis player. He played cricket on the Prince of Wales school team and for Granville House and continued his tennis at Otterbein University where he played on the varsity team. His father had exceled as a long-distance runner on the Otterbein University track team in the early twenties before he returned to Sierra Leone in 1928 to work in the Education Department, where he rose to the position of Assistant Director of Education, the second Sierra Leonean to hold that position during the colonial era. Modupe enjoyed social gatherings and traveling, discussions on literary studies, African and African American History, and Socio Linguistics; and developed an eclectic appreciation for musical genres; particularly classical music, jazz and Afro Beat. At Otterbein University he was a member of the Men’s Glee Club.

After several years of research on his family tree, using Ancestry.com and family sources, in 2022, he achieved a life dream of publishing his memoirs: Trodden Paths: A Journey from Brookfields by Modupe Broderick (New Generation Publishing, available online on Amazon).

To send flowers to the family or plant a tree in memory of Sylvester Modupe Broderick, please visit our floral store. 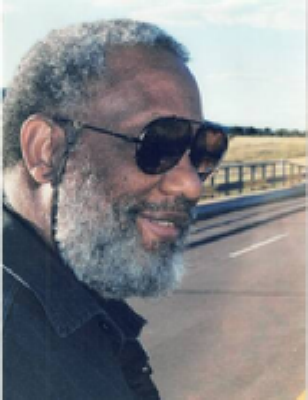