Share a memory
Obituary & Services
Tribute Wall
Read more about the life story of Tahir and share your memory.

Tahir Xavier Johnson was born in Maryland on June 26",2002, to his parents Shanta Marshall and Derrick Johnson Sr. Tahir was the third oldest of siblings Derrick Johnson Jr, Eric Kavon Johnson (may he R.I.P. as well), Aniya Marshall and Stephan Bush Jr. Tahir transitioned from this life on Saturday, November 5, 2022.

Tahir attended Flower Hill Elementary, Neelsville Middle School, Forest Oak Middle School, and Redland Middle and then graduated from Gaithersburg High School in June of 2020. While he was never really fond of school as a whole, he did have a liking for math. At Montgomery College, he continued his education before deciding to leave to pursue his real estate license. A goal he was quite eager to accomplish, but never got to complete.

Tahir was a wonderful young man with the biggest heart, leaving a huge impact on the lives and hearts of anyone he has ever met. He walked around with a beautiful smile and was always full of love and joy.

TJ began his love for football at the age of 7 and continued through high school where he was able to gain his position as #1 on the team his senior year. He also took a big interest in basketball where he claimed "no one could check" him. He enjoyed video games including Call of Duty, NBA 2K, and Fortnite, where he would not stop playing for the night until he got a win. He grew to create many friends throughout his lifetime and only a few so close that he considered his brothers (Faison, Rashaun, Tavion, Jahi, Khalil, and Joshua). TJ cared about everyone around him, and it was this trait of his that started his relationship with his best friend and girlfriend, Niya Robinson. TJ loved to spend time with those close to him, whether it was going to play sports and hang out with friends or just having a simple conversation with his family. He was very big on friends and family because he always believed that "you never know how much time you have with those you love, so you have to spend every second you can with them."

TJ was a very bright and ambitious young man who set many goals for himself. He worked very hard and held a few jobs at locations such as Home Depot, Mosquito Joe, the Gaithersburg Youth Center and even occasionally with his uncle George Jr who he called "Uncle TJ.• TJ was someone you could easily depend on. No matter what, he would always be there.

Tahir loved to come see his little brother play football for Quince Orchard High School. Every Friday he was there watching his brother play with his mom, sister, and grandparents. It was so much fun and they enjoyed every minute. Tahir also enjoyed his stepdad Daniel's talks playing PS4, Madden, 2K and Call of duty. Tahir always took his little brother Stephan to the field training him, working out with him, playing basketball with him and taking him to the gym every chance Tahir got. Tahir loved all the High School Musical shows and would sing all the songs when he watched with his mom and sister.

TJ and his closest friend, Faison, created a dream together. A dream that they would both make it to the top. They decided to start a clothing brand which they named "Ace of Spades" in October of 2021 and dropped their first line of hoodies in December that same year. TJ was very passionate about his brand and stated that one day "everyone will know the Ace of Spade boys."

Tahir is preceded in death by his brother Eric Johnson and leaves behind his mother and father, Shanta Marshall and Derrick Johnson Sr, his stepfather, Daniel Budd, and siblings, Derrick Johnson Jr, Aniya Marshall, Stephan Bush Jr. As well as his uncle George Jr. and his grandparents Mary Helen, George Marshall, and Henrietta Johnson.

Tahir will forever be in our hearts.

To send flowers to the family or plant a tree in memory of Tahir Xavier Johnson, please visit our floral store. 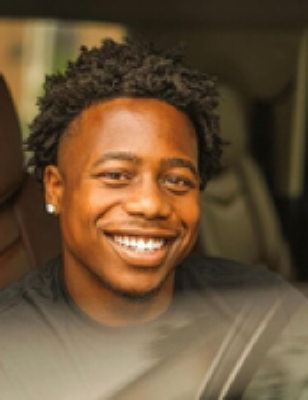